The following list, referred to as the Atkinson List, was found at The Nationaal Archief, the Dutch National Archives, in The Hague by researcher Dennis Zwanenburg.  I am grateful to Mr. Zwanenburg for copying it and sharing it with me.  Researchers Diana Morgan and Frank Haslam directed my attention to Leslie Atkinson, a Reserve Captain in the French Air Force who, with Ralph Patton, played an important role in the founding of the Air Forces Escape and Evasion Society.  More details can be found at the History page of the Air Forces Escape and Evasion Society (AFEES) at http://airforceescape.org/history/.  The book, Air Forces Escape & Evasion Society, Paducah, KY: Turner Publishing Co., 1992, on p. 76 lists Leslie A.G. Atkinson as the Representative in France among the officers and directors of AFEES.  It seems likely that he is the person after whom the Atkinson List was named.

The Atkinson List provides the airman’s name, date shot down, location in The Netherlands where he was shot down, and some identification as to the the route he took in getting out of Nazi-Occupied Europe.

I prepared a typed, alphabetical list of the names which I have inserted prior to the images.  The line number from the image appears following the airman’s name in parentheses. With the line number you can go directly to the airman’s name in the image and see the additional information about him.  Following the line number, I have added the escape and evasion (E&E) report numbers along with direct links to the airmen’s  E&E reports at National Archives II in College Park, MD.  In some instances I have been unable to find any E&E report for the person in the National Archives database, in which case I have entered the words “no E&E report.”  There could be several reasons for this: (1) the airman’s name was misspelled on the Atkinson list and I haven’t been able to guess the correct spelling, (2) the airman escaped from The Netherlands but was captured by the Germans elsewhere with the result that no E&E report was ever prepared, (3) the name is a very common one making it difficult to identify, (4) there is an error in the National Archives database (for example, Earl Thornsen’s last name was indexed as Thornson), and (5) more than one airman may share the same report number and the name of one or more of them did not get indexed by the National Archives.  In the index to the Atkinson List I have also corrected several errors, particularly spellings of last names.  For example, “Salvador Chavex” should be “Salvador Chavez,” and I changed it accordingly.  I have also added full first names based on the E&E reports when, in the Atkinson list, they were only first initials.  Please let me know of any additional errors or omissions.

Notice how most airmen were shot down in 1944.  Out of 324 total names, the breakdown is as follows:

Users of this list will want to compare it to the main list of American airmen shot down in WWII by escape and evasion number.  On that page scroll down to the lower part of the page to view the list.

My thanks to researcher Paul Pouwels for correcting some spelling errors and identifying 55 men on the list as glider troops.  They are to be found immediately below this paragraph as well as on the main list where they are identified as “glider infantry,” except for F/O Phil Jacobson, F/O James Cleary, James Luton,, A.F. Moss, and Chester Ritter, glider pilots.  Note that Cleary does not appear on the Atkinson list.  Where there were differences in spelling between a name in the Atkinson list and Mr. Pouwels’ research, I placed his spelling in parentheses.

Additional corrections as to where certain airmen actually came down were shared by researcher Jaap de Boer (the location as given on the Atkinson list appears in parentheses):

For instructions on how to access the escape an evasion (E&E) report listed below, go to the following page on this website: https://wwii-netherlands-escape-lines.com/research/national-archives-research/escape-evasion-reports-available-on-line/ 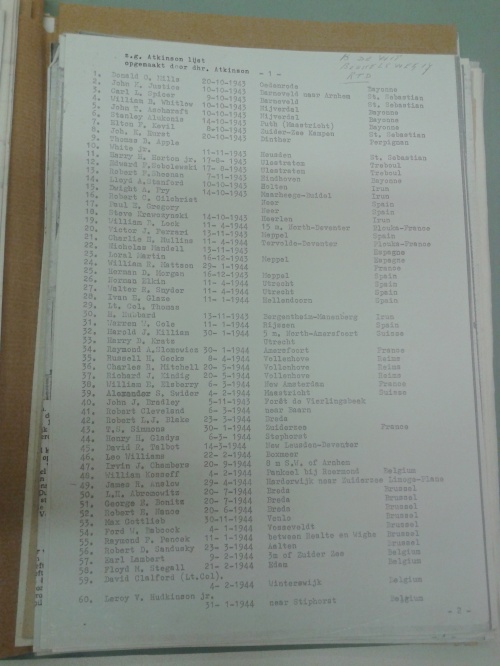 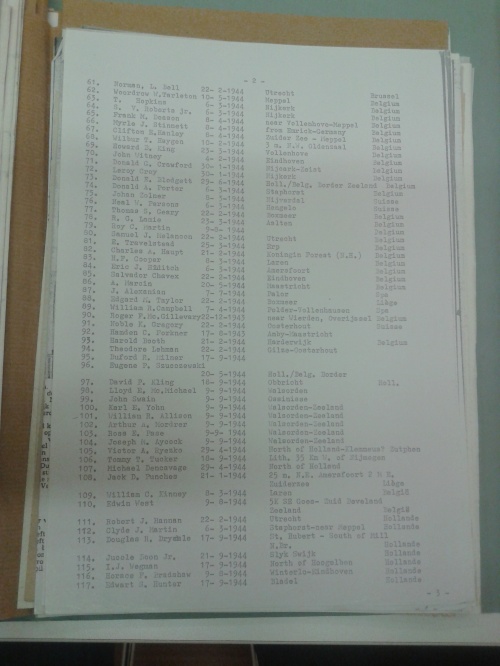 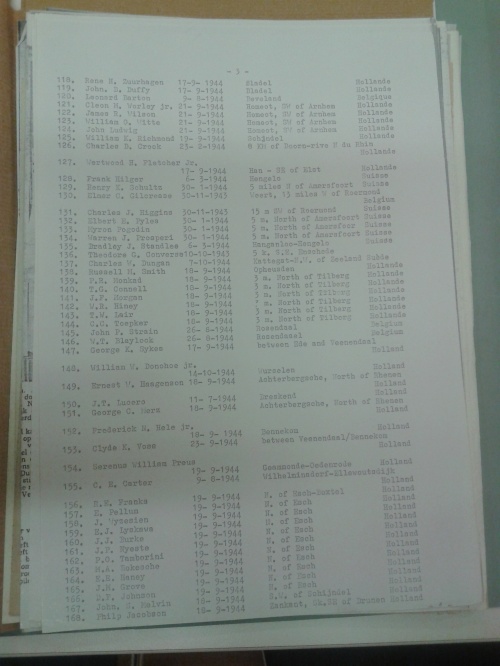 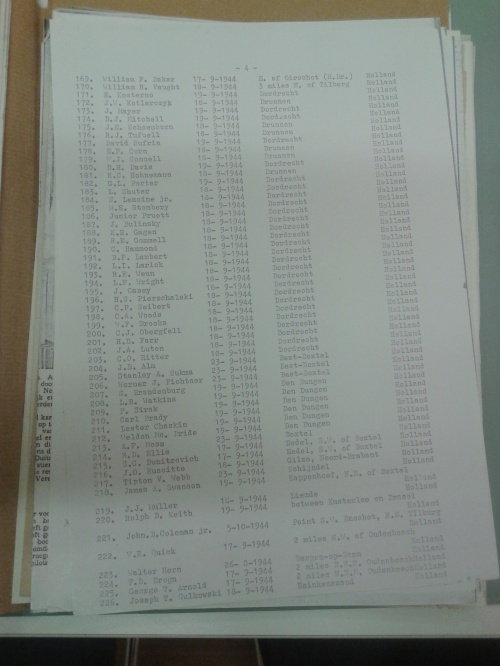 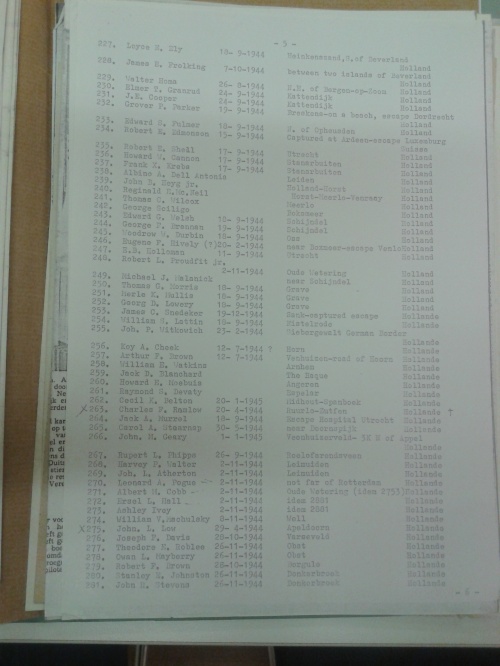 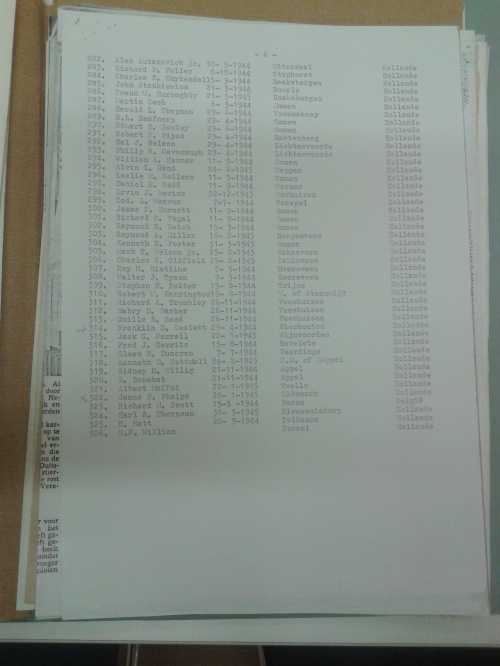