Among the many Dutch and Belgian citizens who helped Tom Applewhite reach Gibraltar and freedom, the young couple, Peter and Nellie de Noo deserve special credit.  They were not members of an escape line and had no experience in this sort of thing.  Moreover, the Germans were conducting a house-to-house search for Tom.  With most of the rest of the crew of “The Wild Hare” having been captured very quickly, the Germans knew how many American airmen were still on the loose and were determined to find them.  If Tom had been captured at the modest De Noo farmhouse on the outskirts of the village of Well, he probably would have only been sent to a POW camp.  But Peter likely would have been shot and Nellie sent to a concentration camp where her chances of survival would have been slim.  Adding further to the strain for the young couple, Nellie was eight months pregnant.  In spite of the terrible risk, they gave help to this young American whom they had never before met when he needed it.

The following is Peter and Nellie’s wedding photo: 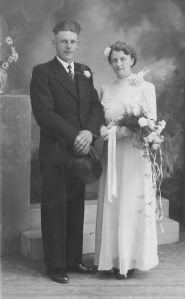 Dutch publications took an interest in the reunion of Tom and the De Noos.

Another article about their reunion appears in this website on the page, “Original Research – “Pilot Savers from Well See American Again.”

Here are Tom, Peter, and Nellie at the AFEES convention: