Photographs of the Train

A single click on the photos above or below will greatly enlarge them.

The following photos, one of the locomotive and the rest of one of the boxcars, were taken by me in 2004 at the Museumbewaarplaats Leuven (Museum Repository, Leuven).  I have some comments after the last photo.

Exit from boxcar as seen from inside showing door sliding mechanism: 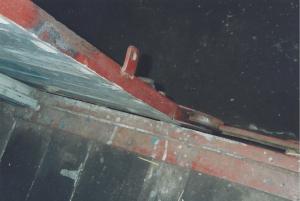 Exterior of boxcar with a friend standing by: 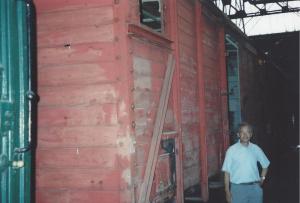 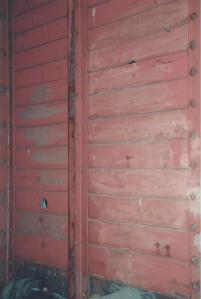 Exterior of boxcar showing reinforcements to wall around a vent window which has louvers removed: 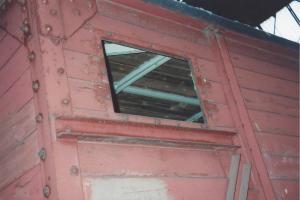 Ceiling of interior of boxcar: 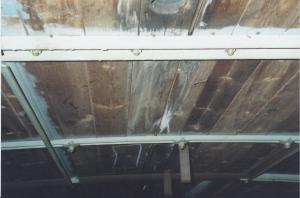 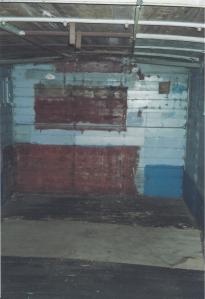 Boxcar wheels and step from exit/entrance:

The above photos demonstrate the difficulties prisoners would have had in trying to escape from the boxcars of the Phantom Train, or any such train.  Herded in at gunpoint, packed in with little room in which to move, the metal bar that latched the door thrown into place, and lacking tools to break out, most were in for the duration.  Nevertheless, in the case of the Phantom Train, a few prisoners, including the brother of Charlotte Ambach (see Ambach interview), were able to escape.  Ambach’s brother managed to pry up enough floor boards to slip through, drop down onto the tracks between the wheels, and then roll out during one of the train’s many stops.  Even then he still had to evade the notice of the SS guards on the tops of the boxcars.  Allied airmen occupied one of the other cars.  After the train’s return to Brussels, the political prisoners were freed but the airmen were overlooked.  They managed to break out but waited until after dark to make their escape.